Writing works for me! In my writing, I am inspired by words of Spanish artist Joan Miró who said "I try to apply colors like words that shape poems, like notes that shape music".

For today’s blog post, I thought that I would respond to The Road Taken , a current Photo Challenge link. This prompt was posted by a Canadian writer, Krista, who discovered the majesty of the mountains while visiting British Columbia.

In the Ontario community where I live, Waterloo Region, the past year was marked by an amazing discovery — remains of the corduroy road used by pioneers to traverse the terrain as they moved into this area!

Of course, many of us in Kitchener & Waterloo,  went to see the evidence of this artifact through the fences as the construction zone for a light rail transit was cordoned off for safety and historical reasons. It was so inspiring and amazing to see the worn timbers that were uncovered, still lined up as they were placed to create this roadway. Here is a view for you! 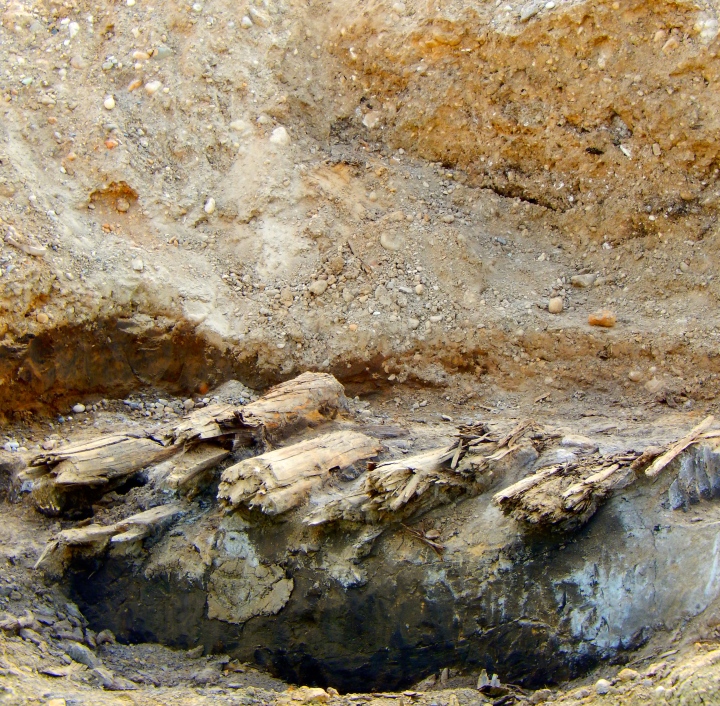 Last year, some of the fragments were made available for people to relocate. The line-up of people was eagerly awaiting, early in the morning, too early for my husband to obtain as a gift for this history fan. Ah well, I’m sure that the pieces went to good homes. I will just be glad of the chance to have seen it & taken a pic or two!

*For those who are curious, more info is available at this link, including a sketch of the pioneer road.

**A while later, just wanted to add that an issue containing one of my poems is available to see at Red Wolf Journal Fall Winter 20162017 Issue-10.